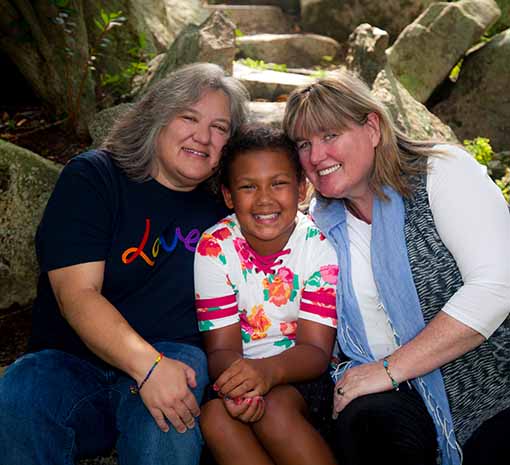 Kimberly and JoAnne laugh a lot – especially with their daughter, Kloee. “Sit back and chill-ax,” seems to be a recurring motto in the Puhala-Kenney household. Not unlike most couples, the two women were interested in having their own child. It was the right time in their relationship to start thinking of growing their family. There were two main reasons why they chose adoption: being in a lesbian relationship and being older. They were also reflective upon the fact that JoAnne, herself, is adopted, which added in the decision-making process.

JoAnne reflects on the adoption process, and notes that it is vastly different than it was decades ago. “Things are much more open now,” she explains. There is no stigma; people aren’t acting like it is a bad thing. She goes on to say that, “being open about adoption benefits the family in numerous ways.”

Speaking on her adoption, Kloee says that, “she likes it”. She expresses that she knows she has a loving family and she likes having two moms. A year after the MAPP training, home study, and matching process, Kloee met her moms at an IHOP; now a yearly tradition to commemorate that first meeting. Shortly after that meeting, she moved to her home. “After I moved in, I wanted to stay,” Kloee admits.

As JoAnne mentioned, the adoption process is indeed different than when she was adopted. DCF and other agencies like MARE focus on strength-based matching; finding a great fit for both the child and the family. The Puhala-Kenney family is no exception. Despite some general challenges during the adoption process, (uncertainty of the timeline and what to expect) Kimberly and JoAnne didn’t have too much difficulty navigating the stages of parenting.

While it was an adjustment going from being a couple to a family, Kloee helped the moms tremendously by being open and talking about her feelings with them. Kimberly and JoAnne have created a safe space for Kloee for sharing her feelings with them. On Sundays, the family has meetings about how they are all feeling, things that might be bothering them, and changes can be made in order to curb any negative feelings.  Something unique the family did often was to have “Anger Parties,” where they would raise their voices and have an almost pillow fight – getting their anger out, but in a fun, constructive way.

“They make sure I have everything I need and that I am happy,” Kloee says. “I feel like it’s not a perfect relationship if you aren’t expressing what you are feeling.” She likes the honesty and transparency the family has. That’s not all she loves about her parents; Kloee talks about how the trio like to go to the beach, ride their bikes, and eat ice cream. She loves her parents because they not only make sure she is happy, but that she knows she’s loved unconditionally.

The biggest lesson the family has learned from the adoption process, is to take time to get adjusted; you cannot rush through it. Utilizing your community and the resources around you, is very useful. They mentioned that MARE was vastly important in this process, not only because of its resourcefulness, but for its inclusivity as well. Being an LGBTQ couple, going through the adoption process, it was important for Kimberly and JoAnne to find an agency that was supportive of them pursuing adoption. The couple explain that there are still issues regarding inequality, but being able to get married was so huge. Kloee admits that it has been such a sense of security with having her mom’s being able to be legally married. 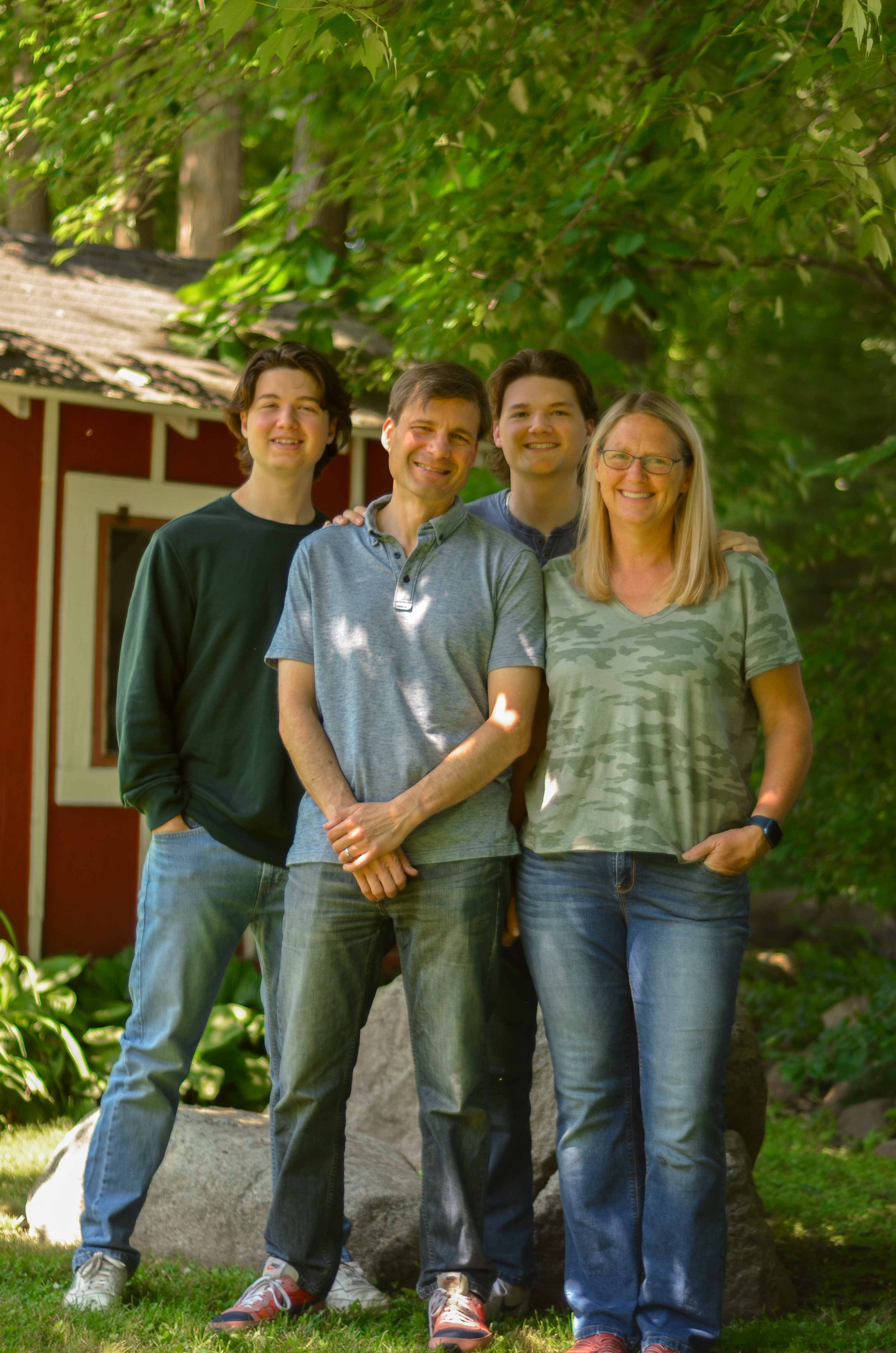 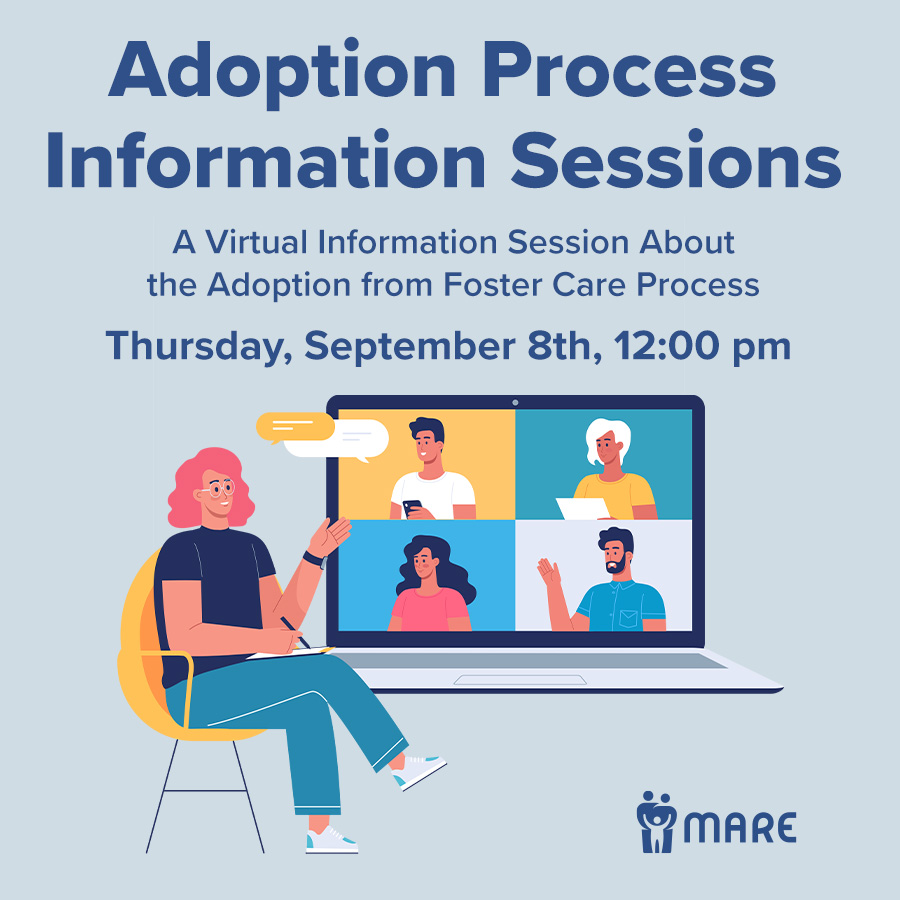