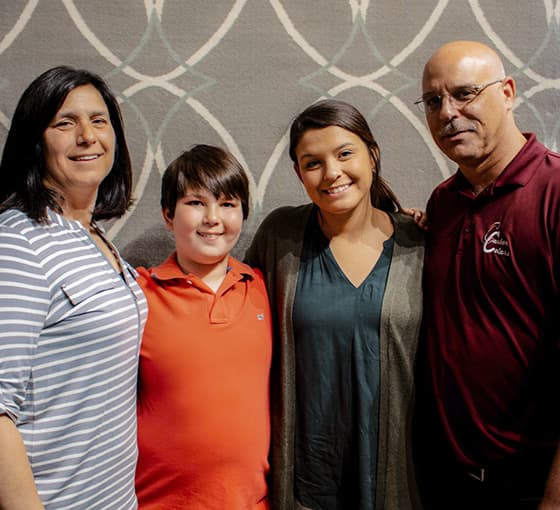 There he was, just a little boy in a brown coat who was looking for a family and a place to call home. Dominick, that same little boy in the brown coat on television felt like the missing piece to the Tinnirella family, which by any measure felt complete just minutes before. As they settled in to watch the evening news, they first laid eyes on the nine-year-old boy who would later become the newest member of their family, during a Wednesday’s Child segment on Boston’s WBZ-TV.

In the segment, Dominick was filmed at a horse farm and asked for a family with a big yard, older siblings, and a house near the water. Those were three things that the Tinnirella’s had – not that any missing criteria would have halted them in their pursuit. The timing also could not have been better; parents Ann and Anthony were about to become empty-nesters with their son Jacob, 23, out of college and living on his own, and daughter Jaclyn was about to head off to Southern New Hampshire University as an incoming freshman that next fall. Adoption wasn’t even a thought for the family until after they saw Dominick and all of his precociousness on the news that night.

“Dominick was on my television one day and he was on my couch the next,” Jaclyn wrote in an essay for school. It may have felt that way, but the process certainly took longer than that, with informational calls to MARE, MAPP classes to take, meetings with social workers, and an approval process to complete. All told, the process took six months until the family even got to meet that little boy in the brown coat. The Tinnirella’s packed into the family car and headed to Cape Cod for their first meeting with Dominick on a day trip to the Barnstable County Fair.

“The two-hour ride to the Cape felt like five hours. My hands were clammier than normal and I wasn’t singing to every song that came on the radio as usual. I had a lot of thoughts in my head, a lot of questions left unanswered. I was nervous but I didn’t know why. Shouldn’t [Dominick] be the nervous one? I’m already in the family,” wrote Jaclyn. “Sitting in the car, I played out how the day would go in my head. What would I say? How would he act?”

The family routinely took the more than 100-mile drive from their home in Tyngsboro to Cape Cod in order to visit Dominick during the latter stretches of the pre-adoption placement process.

In August 2015, Dominick moved into his new room – painted bright yellow with Pokémon on the wall per his request – and the Tinnirella’s became a family of five, after spending nearly two decades as a quartet. That night they had a large family dinner to celebrate the first big step that they took in becoming a five-member family.

“A boy who can survive 12 foster homes in five years isn’t going to be the happiest boy in the world,” Jaclyn wrote. “You would never know it though because the smile on this kid’s face can light up a room and it does every day. Dominick has his moments of sadness, just like all of us, but he has a feeling of hope in him that is stronger than anything and Dominick has given me that hope.”

One year to the day after Dominick moved in, his adoption finalized on August 24, 2016 at the Barnstable County Courthouse. Dominick’s demeanor and disposition lights up any room in which he walks. His optimism has been an infectious boost for the family as well. Over the course of 623 days, Dominick Tinnirella went from being the precocious little boy in a brown coat looking for a forever family, to being the newest member of the loving Tinnirella family.

There he was, just a little boy in a brown coat who was looking for a family and a place to call… 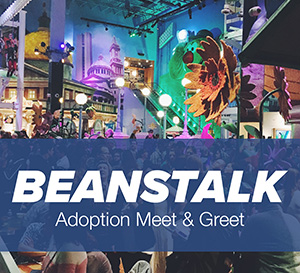