MARE serves children and teens in the Massachusetts foster care system who are not able to be reunited with their birth families and need permanent adoptive homes.  We provide vital services to these children by working with the Commonwealth’s Department of Children & Families (DCF) and its contracted agencies to register each child that cannot be reunited with his or her birth family and then recruiting families that meet an individual child’s very specific needs.

MARE has two programming departments, Child Services and Family Support Services. Child Services engages in child-specific recruitment, finding an adoptive family to match a particular child’s needs. Family Support Services advises families interested in adoption and provides assistance to those going through the process. MARE’s model uses these complementary programs to cast as wide a net as possible to find potential adoptive families and then match them with a specific child whose needs they meet.

MARE’s Child Services Team engages in child-specific recruitment of families by developing an individual recruitment plan around the needs and strengths of each child with the goal of finding the right family to adopt them.

Child Registration and Matching. Child Services Coordinators (CSCs) register waiting children in collaboration with their social workers, and then work to match them with families that have registered with our organization.  CSCs also work with national databases to promote specific children and search for out-of-state families that may be a match.

Child-Specific Media Campaigns. Individual waiting children or sibling groups are featured in media campaigns using a strengths-based model to appeal to potential adoptive parents for the featured child(ren) and to promote adoption from foster care and MARE to a wide audience. Examples include Sunday’s Child in The Boston Sunday Globe/ Boston.com, and Wednesday’s Child on WBZ-TV 4.

Heart Gallery Portrait Exhibit. The Heart Gallery is a photography display featuring waiting children. It is MARE’s most forward-facing recruitment tool as it can be showcased in a multitude of public spaces in any area of the state. MARE is moving to a digital format to expand the number of galleries and provide an interactive experience that will provide a mechanism for real-time inquiries from prospective adoptive families.

MARE Web Services. MARE’s extensive web services allow prospective adoptive families to view photos, profiles, and videos of waiting children from all over the state. Families can also search MARE’s database to find and inquire about children who might be a good fit for their family.

Intensive Recruitment Services. MARE offers the following specialized recruitment programs to address the needs of youth who wait the longest.

Wendy’s Wonderful Kids, a signature program of the Dave Thomas Foundation for Adoption. This model is up to three times more effective at serving children who have been in foster care the longest, including older youth, sibling groups and children with special needs. MARE currently has two Wendy’s Wonderful Kids recruiters, who work with smaller caseloads, ensuring that they can provide these children with the attention, resources and support they need and find the adoptive families they deserve.

Specialized Recruitment Coordination focuses on identifying families for children with complex medical and developmental needs in the Central and Western regions of the state.

Weekend Family Connections is program that bridges the gap between waiting youth and supportive caring adults. MARE, in partnership with Cambridge Family and Children's Service and DCF, pairs youth in foster care who are waiting for adoption with host families who are committed to actively incorporating the youth into their community and family life.

Families come to MARE by inquiring about adoption in general or about a specific child for whom MARE is recruiting. The Family Support Services department provides support to families who want to learn about adoption from foster care.

MARE assists and supports families by:

The Massachusetts Adoption Resource Exchange (MARE) was founded in 1957 to bridge the gap between children in state foster care in Massachusetts and families looking to private agencies for adoption. MARE was one of the first five adoption exchanges in the country and one of the first exchanges to be privately funded, with trustees from both the private and public sectors of adoption.

MARE was then, and is now, the bridge between the state agency (DCF), contracted adoption agencies and adults interested in adoption. MARE has a long history of creative and innovative programming that has expanded to include services related to the recruitment, matching and referral of adoptive parents seeking children, as well as a variety of training, support and advocacy activities.

1960's:  MARE developed a pictorial newsletter, the first of its kind in the nation, to profile the children waiting for adoption. This newsletter eventually became the MARE Photolisting manual, with hundreds of profiles and pictures of waiting children, available for viewing in nearly 400 libraries and agencies statewide. The service has been copied throughout the United States and Canada and became the primary means by which prospective parents learned about hundreds of waiting children.  In 2018, the MARE Photolisting was converted to an electronic photolisting on the MARE website.

1970’s:  In 1976, MARE began its long-standing collaboration with the Boston Globe in publishing “Sunday’s Child.” This transformed the public’s perception of adoption and the children who need permanent homes by featuring an individual waiting child each week.  In the late 1970’s, MARE collaborated with other agencies to develop adoption parties, fun activity-filled events designed to give children a chance to interact with prospective parents in a low-key atmosphere. Over the years, the types of events have varied, and MARE currently hosts 12-18 per year.

1980’s:  In July 1981, MARE opened a branch office in Rhode Island with 2 staff people. In 1984, the office incorporated as an independent agency and became the Ocean State Adoption Resource Exchange (renamed Adoption Rhode Island).  The success of the Sunday’s Child features in educating the public and recruiting families for specific children led to the creation of the TV feature “Wednesday’s Child” in 1981. News anchor, Jack Williams, of WBZ-TV-4 interviewed and showcased over 1100 children on the weekly Wednesday’s Child feature until his retirement in 2015.  Presently, children are interviewed by different hosts on a monthly basis.  A national association known as the Adoption Exchange Association began in the 1980’s to support state exchanges and advocate nationally for support for adoption from foster care. MARE was one of the exchanges that helped create this organization, and MARE’s former Executive Director served as the AEA’s president for its first three years.  In 1983, MARE established the Permanency Planning Committee for Children of Color, a 5-year collaboration among public and private agency staff in conjunction with community leaders to research and address the placement needs of children of color.  In 1984, MARE instituted a Western Massachusetts satellite office, housed in the Springfield Department of Children & Families office, to better serve the waiting children and prospective adoptive parents furthest from Boston.

1990’s:  The 1990’s brought funding for the One Church, One Child program, recruiting homes for children of color. This program received high marks from the federal government.  In the 1990s, a grant from the federal government helped MARE institute outreach to the Hispanic Community. MARE’s Photolisting pages for children of Latino heritage appeared in both English and Spanish while child-specific recruitment features, similar to Sunday’s Child in the Boston Globe, appeared in five Spanish-language papers across the state.  In 1996, MARE developed a website dedicated to providing adoption information to internet users and featuring children waiting for adoption.  In 1998, MARE formed a partnership with Jordan’s Furniture to sponsor adoption parties. This partnership is still going strong with an advisory board that meets regularly to plan ongoing events.

2000’s:  In the 2000's, MARE began its Heart Gallery, a photographic exhibit of portraits of waiting children. Permanent Digital Heart Gallery exhibits are hosted at the four Jordan’s Furniture stores, while a traveling exhibit brings the portraits and information about adoption from foster care to high traffic venues, including shopping malls, train stations, hospitals, and museums around the state.  In 2003, Massachusetts began celebrating National Adoption Day on the Friday before Thanksgiving. Since then, MARE has played a major role in coordinating this event statewide, along with the Department of Children & Families and the Massachusetts Trial Court.  In 2005, MARE partnered with the Spanish language television station Univision to create a Wednesday’s Child type of feature for waiting children of Latino origin. Airing monthly, “En Busca de un Hogar” (In Search of a Home) was hosted by Univision news anchor, Sara Suarez.  In 2006, MARE was awarded a grant from the Dave Thomas Foundation for Adoption, to establish a Wendy’s Wonderful Kids Program in Western Massachusetts. This staff person works exclusively with a caseload of approximately 15 youth that have been waiting for an adoptive home the longest. The focus is on finding a permanent connection or family resource for a child, including exploring people from their past.  In 2007, MARE was awarded a second grant from the Dave Thomas Foundation for Adoption, to establish a second Wendy’s Wonderful Kids Program in the Greater Boston area.

In 2008, MARE began a Video Snapshot program, producing videos of waiting children and having them available on the MARE website.  In July 2008, MARE instituted a Family Support Services Program and hired its first Family Support Services Director.  In 2009, MARE launched the Friend of the Family Mentoring Program, pairing experienced adoptive families with those new to the process to help more potential adoptive parents proceed with finding and adopting the right child(ren) for them.  In 2010, MARE launched the Walk for Adoption – A Walk Home, (now the Jordan's Furniture Walk/Run for Adoption benefiting MARE) bringing together hundreds of families throughout the adoption community to celebrate adoption and raise awareness and funds to help waiting children and teens find permanent homes.

In 2012, MARE received a grant from the Center for Adoption Support and Education (C.A.S.E.) to begin an intensive interdisciplinary Training on Adoption Competency (TAC) for mental health professionals. In conjunction with Child & Family Services/Adoption Journeys and Walker, MARE coordinated this in-depth clinically focused training for professionals throughout the state.

In 2015, MARE received a 2 year grant from the Adoption Exchange Association/AdoptUSKids to localize National PSAs in Massachusetts.  A part time media liaison was hired to implement this grant in the Central and Western parts of the state.  In 2016, MARE reorganized its staff, adding an Associate Director and a Director of Public Relations and Communications.  Together with additional administrative support, this reorganization was aimed at building up the infrastructure of the organization to better position itself for growth. MARE began a strategic planning process that continues into 2021.  In July 2017, MARE moved its offices out of Downtown Boston for the first time in its history to Newton, MA.

In 2019, MARE added more Child Services staff to create one Child Services Coordinator per region and to allow for smaller caseloads and more individualized recruitment.  Also in 2019, MARE established the Weekend Family Connections Program, in partnership with Cambridge Family & Children’s Service and DCF.  This program matches youth over the age of 10 and living in residential care with host families who commit to having a youth in their home one weekend per month for one year.  The goal is to expose that youth to their community of adults in the hopes that an adoptive family will come forward to adopt that youth.

In 2020, MARE added a Specialized Recruitment Coordinator, who has a small caseload of children with significant physical and developmental needs.  During the pandemic, MARE pivoted to remote work and was able to continue its successful adoption meet and greets through a virtual platform.

The history of MARE is filled with pioneering efforts on behalf of children who dream of finding an adoptive family. This proud tradition will endure as MARE looks to the future and continues to develop creative solutions to the need for permanent, loving homes for our children. 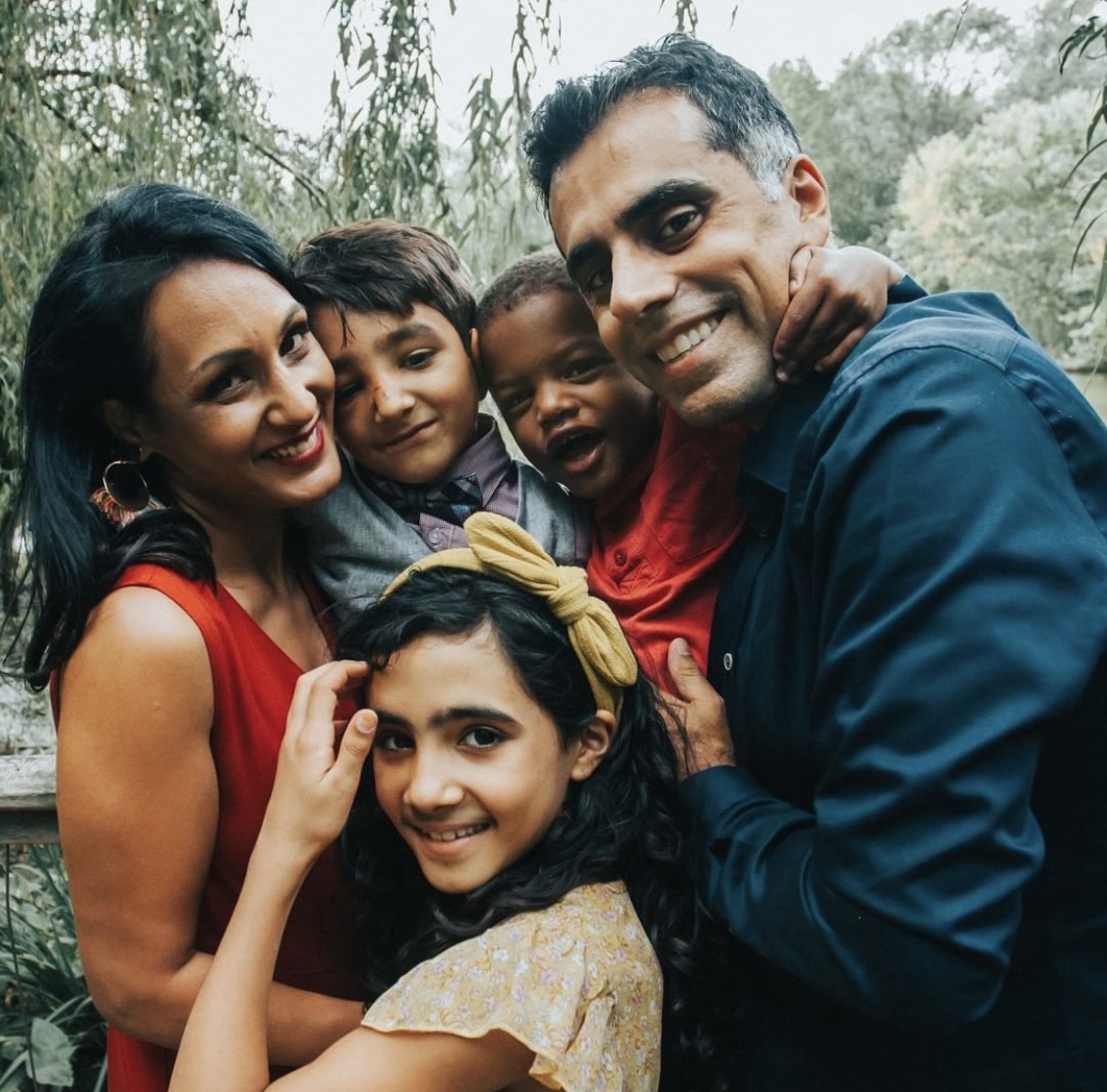